Is the VPN My Office Uses a Public VPN? 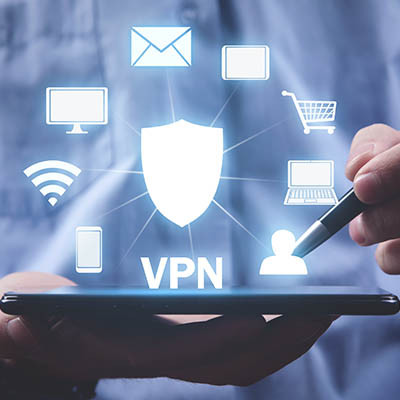 Virtual private networking, while maybe not the most familiar term to everyone, at least seems to be pretty straightforward. Such a specific-sounding term must apply to one aspect of technology and that one aspect alone, right?

Well, kind of, sort of, not really. In actuality, there are two kinds of VPN. Let’s go over what makes them different, and which your business should utilize.

To begin, let’s examine each of these two options to determine how they differ from one another.

“VPN” is Used to Describe More Than One Thing

A large amount of the confusion surrounding VPNs is that the term refers to related concepts that are used very differently in common practice. These concepts are summed up as so many things in IT are, with the delineation appearing between “public” and “private” VPNs.

What Does a Public VPN Do?

A public VPN allows a user to access an “anonymous” (more on this in a moment) network that they can use to browse. This kind of VPN is commonly used to sidestep geofiltering/geoblocking, or the process of blocking or allowing certain content based on the  user’s location, particularly where streaming services are involved. For example, if you are traveling abroad, you might not be able to access the same movies on Netflix. A VPN lets you access Netflix as if you were in some other country.

Having said all this, this form of VPN is prone to numerous problems, primarily because many have been identified as a VPN and are therefore blocked… pretty much defeating the purpose. Furthermore, despite claiming to not maintain logs of the users’ activities, a public VPN provider could hypothetically see all of your unencrypted online activity and do with it as they please… including private messages. “Free” VPN services will often make their money by selling user activity to advertising networks.

What Does a Private VPN Do?

Comparatively, private VPNs are used to enable an organization’s users to securely access their materials and resources while working remotely. This is assuming that the VPN has been set up properly, of course. If it is, however, the VPN’s security is formidable, allowing a workforce to safely access the resources and files they have saved elsewhere (namely, your business’ storage space) with relative ease.

A private VPN can basically be described as a protected thoroughfare for your data to travel to between two locations, shielded by heavy-duty encryption.

So, Which Of These Options Would You Rather Utilize for Your Business’ Productivity?

Obviously, the latter, private VPN connection is more suited for professional purposes—particularly with remote work remaining a common option for many businesses. We can help you set one up for your own use. Reach out to us for assistance with this, and any of your other IT needs.